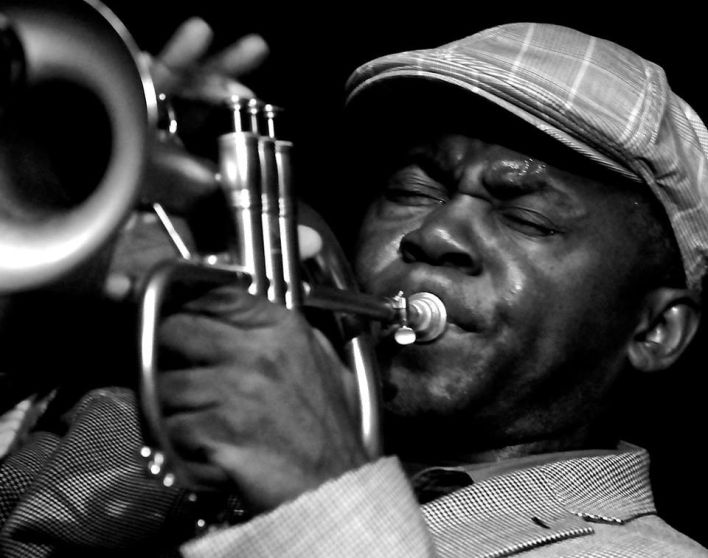 Trumpeter Dwight Adams’ musical training came later in life, not beginning until he joined his Detroit High School Band during his junior year. With a great deal of natural talent and hard work, he landed a gig as a member of fellow Detroiter Teddy Harris’ New Breed Bebop Society at the age of 16.

Adams earned a full scholarship to Kentucky State University, where he majored in music education and performance. He has since played and recorded with musicians including Marcus Belgrave, Rodney Whitaker, James Carter, Shawn Wallace, and Donald Walden, and tours with Stevie Wonder. He has served as a jazz trumpet instructor at both The Ohio State University and Michigan State University and performs with the Columbus Jazz Orchestra.

For more information on Dwight: