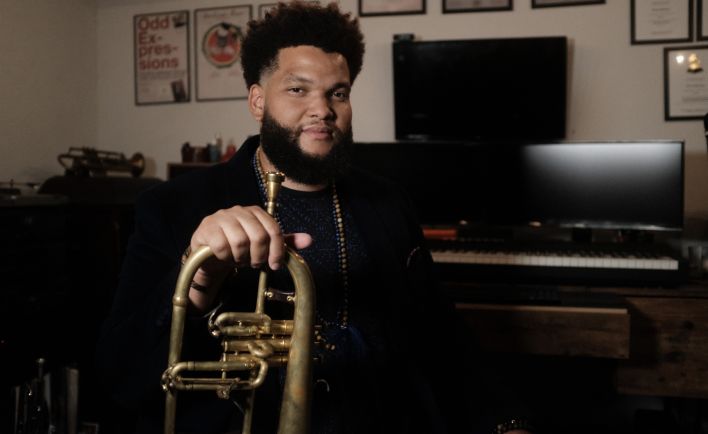 Kris Johnson is an award-winning trumpeter, composer, and educator. He has appeared on five Grammy-nominated albums and composed the original score for the four-time Emmy-nominated webseries “King Ester.” Kris toured the world as a trumpeter and arranger with the Count Basie Orchestra from 2008-2019 and served as the Director of Jazz Studies at the University of Utah from 2015-2019. Currently, Kris is a freelance composer, arranger, and educator in Metro Detroit, and the creator and curator of the online educational series “Office Hours with Kris Johnson.”

Kris received his master’s (2007) and bachelor’s (2005) degrees in Jazz Studies from Michigan State University. He was a full-time faculty member at The Ohio State University from 2012 – 2015 as a Jazz Lecturer. He is also the former director of Detroit Symphony’s Civic Jazz Orchestra

For more information on Kris: